The Romanian Parliament has approved the amendment to the Education Law: Kindergarten becomes compulsory education, gradually, until 2030 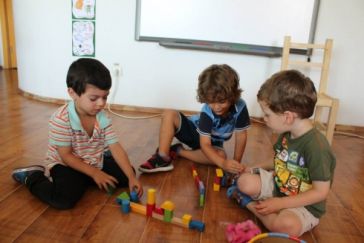 The Senate has adopted, as a decision-making body, an amendment to the Law No. 1/2011 on National Education, which stipulates that pre-school education must be binding until 2030 at the latest.

The amendment refers to Article 16 which, in its new form, stipulates that

(2) The attendance of compulsory education may be phased out at the age of 18."

The middle group ( 4-5 years of age) from kindergarten becomes compulsory in 2023 and from 2030 the entire pre-school cycle (3- 6 years of age, begginer, middle, advanced) will become compulsory.

The change, strongly supported by ReadyNationRo, will allow a growing quality for the entire educational process.

The introduction of preschool education is a first objective to be achieved within the framework of the ReadyNationRo initiative to increase public investment in quality early childhood education.
Another change promoted and reasoned by ReadyNationRO concerns the financing of ante-preschool education ( birth -3 age group) and requires the Ministry of Education to set an ante-preschool ( birth to three age group) per capita funding level. This regulatory, also initiated by deputy Szabó Ödön, awaits the final vote in the Senate, after the Deputies Chamber has unanimously adopted it.